Her common sense, good judgment and focus on customers helped the company experience tremendous growth, company President Charles Sukup said at a send-off attended by more than 100 current and former co-workers. “From the bottom of all of our hearts, especially mine, thank you for all you have done for this company,” he said.

Hughes was a foundation of the company, said Vice President and Chief Financial Officer Steve Sukup, crediting Hughes with putting together a fantastic sales group.

When Hughes started working at Sukup Manufacturing, which was founded in 1963, the company had three products: Stirway, Airways and the Foreway. Since then the company has added fans and heaters, dryers, grain bins, material handling equipment, buildings and support structures.

Hughes started working at Sukup part-time in June of 1973, then went full-time three months later. She served as secretary to company founder Eugene Sukup, and also handled paperwork for the sales manager at the time. Three years later, Hughes became the assistant sales manager. She later became sales director, managing Sukup’s inside, outside and international sales representatives, as well as working with Sukup dealers and customers. Her job included coordinating trade shows, working up sales programs, getting dealers set up, and listening to people’s concerns. “I love it when we can find a solution to help them.”

A Sheffield native, Hughes graduated from Sheffield-Chapin High School and Hamilton Business College. She married her husband, Ted, in 1977. They have two grown children: a daughter, Amy Hughes Hefty, of Windsor Heights, Iowa, and a son, Andy, of Lake Jackson, Texas.

Hughes said she feels blessed to have worked for many years with Eugene and Mary Sukup, and to grow professionally under their leadership. “They trusted me to do the job, shared a strong work ethic and taught me about caring for employees and customers.”

She said she feels fortunate to have worked with three generations of the Sukup family and will miss them, her co-workers and customers.

Hughes said she and Ted plan to spend a month in Texas this winter visiting family. She will also be spending more time with friends, helping out at church, and enjoying more time reading. “I just plan to spend my time not rushing to beat the clock.”

As leader of the company’s Relay for Life team, she helped raise almost $40,000 for cancer research since 2013 through annual events such as taco and pork burger lunches, can collections and a silent auction.

It’s a cause that is close to her heart, having survived breast cancer several years ago. She fondly recalls one of the happiest days of her time at Sukup Manufacturing. All the women in the office except her showed up to work wearing pink one day in 2011. She shrugged it off, not thinking anything of it. Then she was summoned downstairs to the reception office and was led to the conference room. She opened the door and saw the crowd of pink-clad well-wishers, but thought she’d walked in on a party for someone else, so quickly closed the door before realizing it was a surprise party for her. The room and all the food and drinks were pink. She said it was a very fun surprise that she will always treasure.

The biggest challenges of her career were helping Sukup Manufacturing establish itself in the grain bin industry, and being taken seriously as a woman in a male-dominated field.

“GSI and Brock were in the bin business over 30 years,” she noted. “We focused on customer service, putting out a good, quality product, listening to customer concerns and making changes accordingly.” She focused first on making sure that dealers were taken care of well, and then on taking care of employees who support the dealers.

Hughes remembers how at some of the earliest trade shows she attended, customers would wait and wait for a guy to talk to about questions they had. But after seeing that sometimes the guys would come to her for discount or other information, customers started getting more comfortable approaching her themselves.

Having exceptional territory managers has been a key to the company’s success, she said. They know the products and industry well, are good presenters, and provide good technical support to the dealers. “It was hard saying good-bye to them,” she said of the TM’s, who all attended the annual fall sales and dealer meetings. “They’ve been like a second family.”

It was very emotional when Charles Sukup called Hughes to the front of the dealer meeting to announce she would be retiring. He lauded her for the job she has done and her devotion to it. When Mary Sukup walked in at the end to thank her, “I just lost it,” Hughes said. The audience of nearly 60 dealers, some of whom attended in large part to say their good-byes to Hughes, gave her a standing ovation.

She said she knows it might be a bit of a tough transition to retirement since she’s always had a penchant for seeing projects through to completion. It’ll be like becoming an empty-nester – a little nerve-wracking at first, but more enjoyable as time goes on, she said.

“Forty-six years ago I didn’t know that this is what God had planned for me,” she said, looking around her office. “But I’m sure he has another plan for me, and I’m sure it will be good.”

Mary Sukup said she will miss Hughes a lot. She was very trustworthy. “I think of her as one of the pillars of the company. I’ve always respected her opinions and considered them in many decisions that we’ve made.”

Hughes created strong bonds with people she worked with, whether in sales, at distribution centers, or customers, Mary Sukup said. “She has respect from all she’s worked with.”

Sukup Manufacturing Co. is the world’s largest family-owned and operated grain storage, drying and handling equipment manufacturer. The company is headquartered in Sheffield, Iowa, and covers 1,000,000 sq. ft. of office, manufacturing and warehouse space. The company employs more than 600 people, making it one of the largest employers in North Central Iowa. Three generations of the family are active in the business. 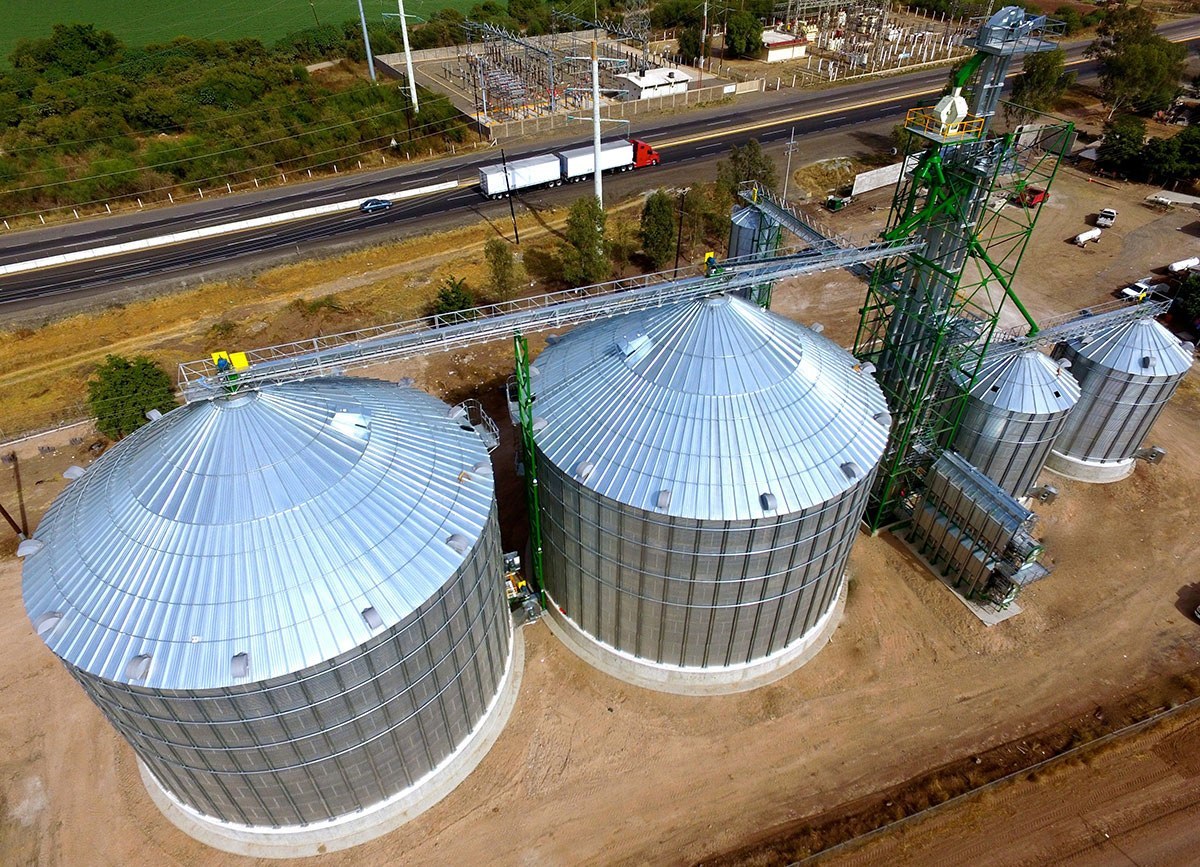